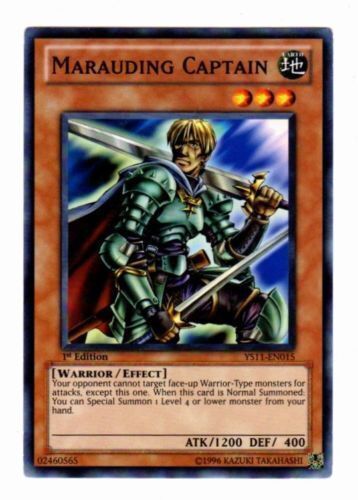 Individual Yu-Gi-Oh cards provide you, the duelist, with the building blocks you need to start building your collection or craft a starter deck that can be used in matches and tournaments with other players. These single cards vary greatly in rarity, which is important because rarer ones can be more powerful in battle. By selecting individual monsters, spells, or traps, you can have complete say over which ones you obtain and how you use them to send your opponent to the Shadow Realm.

What are the different types of Yu-Gi-Oh cards?

There are three types of cards available in the Yu-Gi-Oh game: monster, spell, and trap cards. They can be found as singles or in a pack.

How are Yu-Gi-Oh decks formed?

When youre getting ready to play a match against a friend or have entered into a Yu-Gi-Oh tournament, youll be tasked with building a deck of single cards that can be used throughout the match. Typically, this deck is comprised of anywhere from 40 to 60 cards, although a separate side deck of 15 may also be allowed if you wish to switch out some monsters or spells between matches. You can only use three of each card per deck and must not use any monster, spell, or trap singles in the deck thats on the forbidden or limited list. Different tournaments can have different rules, so be sure to check the rules for the tournament you plan on playing in.

What do the different Yu-Gi-Oh rarities indicate?

When youre battling an opponent in Yu-Gi-Oh, the monsters, spells, or traps you use can make all the difference in turning the tides of battle. In most cases, the higher the rarity, the more powerful a card will be in battle.

There are six different rarities in Yu-Gi-Oh. Understanding how to identify the single cards you obtain is helpful whether youre just collecting them or building a deck to use in match play.

Content provided for informational purposes only. eBay is not affiliated with or endorsed by Konami.