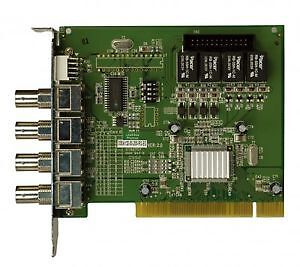 When standard analog video cameras are used to capture film, it is often a challenge to convert it to a digital format. Conversion of the video file allows it to be imported to a variety of editing tools and allows a user to back up the data to a physical device or a cloud-based service via a variety of connection types, including HDMI. Most computers do not have a capture device standard, but may be upgraded with a PCI capture card that will connect to a variety of video capture devices.

Does a capture card require an empty motherboard slot?

If a video capturing device is PCI based, then it is designed to connect directly to a motherboard, and an empty slot is required. In some instances, a user may be able to disconnect a device they no longer use and replace it with the capture card. If a capture device is external, then it will usually connect via an HDMI or USB port and does not require an empty motherboard slot.

Does a video capture card require a serial bus connection?

Not all devices require a USB connection, as they connect to a computer via a PCI connection. If a USB connection is needed, be sure that it is a 2.0 or faster port. If a port does not provide an adequate amount of power, it may prevent the device from capturing a video stream.

Which connections are compatible with a PCIe video capture card?

A variety of video connections will work with a capture card, and those that are used depend on the connections present on a video device.

A PCIe card is seated into an empty slot on the motherboard of a computer, and most novice users can install one without issue. Use the following steps:

What devices are compatible with a PCI-based connection?

The number of devices that are capable of capturing video is on the rise, and a video capture device is designed to work with all of them, including those with an HDMI port.