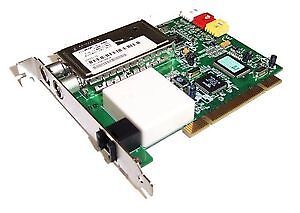 Watch Television on Your PC with a TV Tuner Card

Turn your computer monitor into a television that can receive cable, satellite, and over-the-air broadcasts with a PCI Express TV tuner board. These cards are ideal for HTPCs as well, and you’ll find many features from which to choose, including the ability to record what you watch and even multiple channels.

A TV tuner card is a kind of television tuner that you can add to your desktop computer via an expansion port, which is a PCI Express x1 port in this case. This is useful for home theater PCs (HTPCs) as well as just having access to over-the-air and cable/satellite channels on your home or office PC. Many tuner cards also function as a video capture card, which means that you can record the signals received and even build your own DVR. Some of the prominent brands that make these cards include:

Analog cards can output and/or input a raw video stream. Digital cards are able to output and/or input a digital video stream. A hybrid tuner, which most cards are, can operate in either an analog or a digital mode. A combo card is a fourth type that’s similar to a hybrid, but it has dedicated analog and digital tuners onboard, which means that they can be used at the same time rather than as either/or.

Conventional PCI, which stands for Peripheral Component Interconnect, is a kind of computer bus, and it’s used to add components, such as a TV tuner, to a system via an expansion port or slot on its motherboard. PCI Express, which is often abbreviated PCIe, is a refinement of that standard that added bandwidth and features. All PCI Express cards are assigned a number of data lanes on the motherboard. The x1 indicates that only one data lane is required or provided. Note that the physical dimensions of a PCIe x1 port are specific to it, which means that a PCIe x1 card cannot fit into an x4, x8, or x16 slot.

Which inputs do these cards offer?

The most common inputs on these cards are coaxial connectors. This allows you to run a line from your cable or satellite TV provider to your PC as you would to a TV. Coaxial connectors are also convenient in that they allow you to connect many different types of antennas in order to receive over-the-air signals.

Which outputs do these cards offer?

Basic cards focus on inputs rather than outputs, but as the cards get more advanced, so do the output options. Common analog options for output include composite, component, and S-Video. The digital versions often offer USB connections as well as: