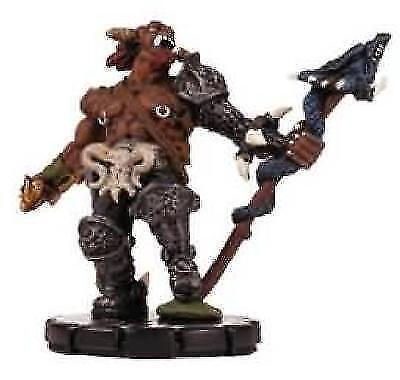 Mage Knight is a war game that utilizes a figure-and-dial system to create action-packed scenarios with miniatures. Using elements of both board games and roleplaying games, players pit heroes and villains against each other in small environments constructed for use as battlefields. There are many variations of the Mage Knight board game.

How is a Mage Knight miniature used during play?

Each of the war games miniatures is made up of three parts.

What is needed to play this type of war game?

In addition to the warrior miniatures and a rulebook, playing a game will require a few accessories, including:

How many figures can a player use in a game?

Players have no functional limit on the number of miniatures they are allowed to use in a game. However, each side must agree on a build total to play with during the war. Build totals can be any number players choose as long as it is an even multiple of 100. Each figure has a point value associated with it that can be found on its base. Both sides must have build totals that meet or are below the total agreed upon amount. Most games take place in the low hundreds, such as 100 to 300 figures.

What can be used for war terrain in games?

Terrain is part of a battlefield that can inhibit the movement of miniatures and is represented by any number of objects. Premade assets, like castles or walls, are made for use with the game. Also, any household object, like a deck of cards, a pile of coins, or the like, can be used. Some players might choose to make their own terrain.

Content provided for informational purposes only. eBay is not affiliated with or endorsed by WizKids, Inc.