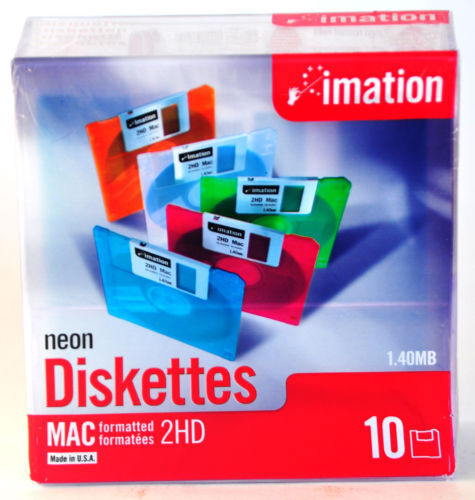 What You Should Know About Floppy Disks

Diskettes, though popular back in the day, are no longer a common sight. A typical floppy disk has space of 1.44 MB.

Even though the average user might see no value for diskettes, dont dismiss them just yet.

What are floppy disks?

A floppy disk, also called a floppy, is a magnetic storage medium for computers. In the early days of personal computing, floppy disks were widely used to transfer, distribute, and create backup copies of data. Floppy disks were an alternative to storing the operating system when hard drives were still costly. With time, different types of floppy disks emerged.

The size got smaller, and capacity increased. However, in the 1990s, other media started to replace the floppy disks. These included hard drives, optical drives, zip drives, and USB flash drives.

There are still a few die-hards who still use diskettes today. Some governments do. However, since the early 2000s, users shifted to CD-R and zip drives to store information. Computer companies stopped manufacturing computers with diskette drives.

What is an Imation external USB floppy disk drive?

It is an external storage drive, with a simple, sleek lightweight design and one cable connection ideal for home, business users, and students. It enhances desktops and laptops without a floppy drive. It provides instant back-up, software installation, and file transfers. It is also portable.

What are the causes of data loss in Imation flash drive?

Sometimes you may be confronted with a situation where your Imation pen drive fails to work. Here are some issues you may face while using an Imation USB drive.

How do you avoid Imation USB flash drive data loss?

One of the ways to avoid loss of data for all storage media is to back up all the essential information frequently. However, the process can sometimes be time-consuming. Third-party software companies have developed alternatives such as Imation flash drive software, which is an excellent option for Imation USB recovery, which saves time.

Content provided for informational purposes only. eBay is not affiliated with or endorsed by Imation.