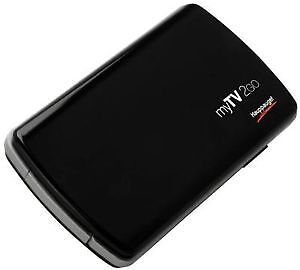 Hauppauge specializes in products that give users more control over their TV-viewing experience. Their selection of devices let users stream network HDTV and over-the-air broadcasts directly to their PC or XBox One console and record the video to their hard drive. Some models come with additional features like the ability to stream multiple or separate broadcasts at the same time.

The company provides both external tuners, which can be connected directly to a device via a USB port and internal PCI boards. These can then be installed directly into your desktop or laptop computer. Four models of USB devices are available. All of these models come with live-viewing, playback, and recording functionality. The WinTV-HVR-1955 can connect to a TV or cable box through the S-video, composite, or channel 3 inputs; however, it requires the addition of a digital antenna to receive HD-network broadcasts. The WinTV-HVR-955Q is a hybrid TV that makes use of a single coaxial output and comes with a digital antenna. The WinTV-dualHDUsers has dual-recording. A USB TV tuner designed specifically for use with an Xbox One console is also available.

PCI devices include the WinTV-HVR-1150 and the WinTV-HVR-1265, which are functionally similar as well as the WinTV-quadHD. These devices allow up to four live TV channels to be viewed or recorded at the same time.

What TV formats are supported by Hauppauge tuners?

All Hauppauge TV tuners offer streaming and recording in four different television formats, which include:

What operating systems are compatible with these TV tuners?

Both the internal boards and USB TV tuners are designed for use with Microsoft operating systems. The Xbox One device requires the activation of a proprietary app through the WinTV 8 interface; however, this app is available for free. All other devices are compatible with Windows XP and all later Windows editions. They integrate directly with both Windows Media Center for viewing videos and the WinTV scheduler for recording. The external dual-tuner also offers support for the Plex platform. It works on both Windows and Linux machines.

Content provided for informational purposes only. eBay is not affiliated with or endorsed by Hauppauge.