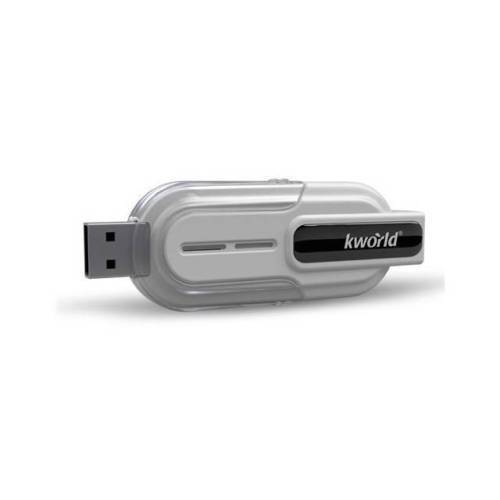 Process the cable, satellite, over-the-air, and other TV signals you have available to you with a digital tuner. Select stations, decompress transmissions, correct data errors, reformat images, synchronize audio and visuals, and much more. Television is a joy to watch when you have the sheer array of options that an ATSC tuner provides.

What is a digital TV tuner?

A digital ATSC tuner, also known as an HDTV tuner, serves as a receiver for all broadcast and other television stations that deliver their transmissions in a digital format. Such devices may be integrated into a television, a digital video recorder, a set-top box, or a media player. You can also use an external tuner or card to add this functionality to

What is an external digital tuner?

An external TV tuner is a standalone solution for processing SD and HD DTV signals. These external boxes, such as those manufactured by Hauppauge, can be connected to PCs and many other devices. Many of these products connect via USB since most laptops, tablets, and so forth have multiple USB ports , and the maximum throughput of the connection is more than substantial.

What is a TV tuner card?

Boards for TVs and the like are generally soldered, but a card, such as those made by Hauppauge, are a PC component and can be added to a desktop or HTPC. The card then provides HDMI and other outputs out the back of the case as a video card would. Common PC connections available are

What inputs are available on a TV tuner?

Coaxial is the most prevalent option since its used by most cable providers in the United States. Antennas are also quite common and can be integrated or attached via

What outputs are available on a TV tuner?

HDMI is by far the most prevalent output on modern TV tuners, and most will have at least two and often more. There are many other outputs from which to choose, which include many legacy options. The available connections include

Many are, but a digital tuner does not necessarily have to include an antenna. Your preferred source may be cable digital TV via coax, for instance. However, just about any tuner can use an antenna as a source either via an integrated connection or an adapter.

Can you get a remote for a digital TV tuner?

Yes. Almost all soldered, card-based, and external TV tuners support remotes. Many include them in the box or let you use a universal that communicates via