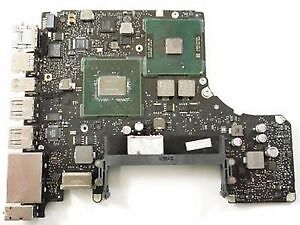 Extend the life of your 1970s or 1980s vintage Apple computer by replacing its motherboard. This part is also available for some devices made in the 1990s. Doing so will bring your computer back to life, and still boast the vintage style youre looking for.

What Does a Motherboard Do?

This board is the central hub of your computer or laptop that communicates with its processor, memory cards, on/off switch, power supply, and other components. Its like the brain of the system, and your Apple will not work without this part. A motherboard is also known as a system board.

For Which Vintage Apple MAC Machines Are Motherboards Available?

A limited supply is available for models made in the 1970s and 1980s, and you might find some for ones produced in the 1990s and later. Examples of devices you can use them for include the following models:

What Information Do You Need to Find the Right Motherboard?

You typically just need to know the make and model of your machine. Determine whether your computer or laptop is a Pro or not. Sometimes, you might also need to match the right board with the memory and hard drive capacity, especially if attempting to install an upgraded one. It also might be possible to find a replacement if you look up the Apple part number for it. This is also something a professional can assist you with.

How Do You Know If a Motherboard Still Works?

Usually, a laptop or computer will not power on properly if the motherboard has failed. The screen may not even work, depending on the issue. One challenge of ordering used parts is not knowing its condition. Look for clues in the item description to see if it is "used," "refurbished," or even possibly still in the original product packaging. The item description might also tell you if it was pulled from a computer that was hardly ever used.

Information about where it was stored and how well it was kept when not in use can also help you decide if its a part that will perform the way it should. Before deciding on a part you think might work, you can check to see if there is a dead-on-arrival return policy for it. The good news is the right system board for your device may still be available.