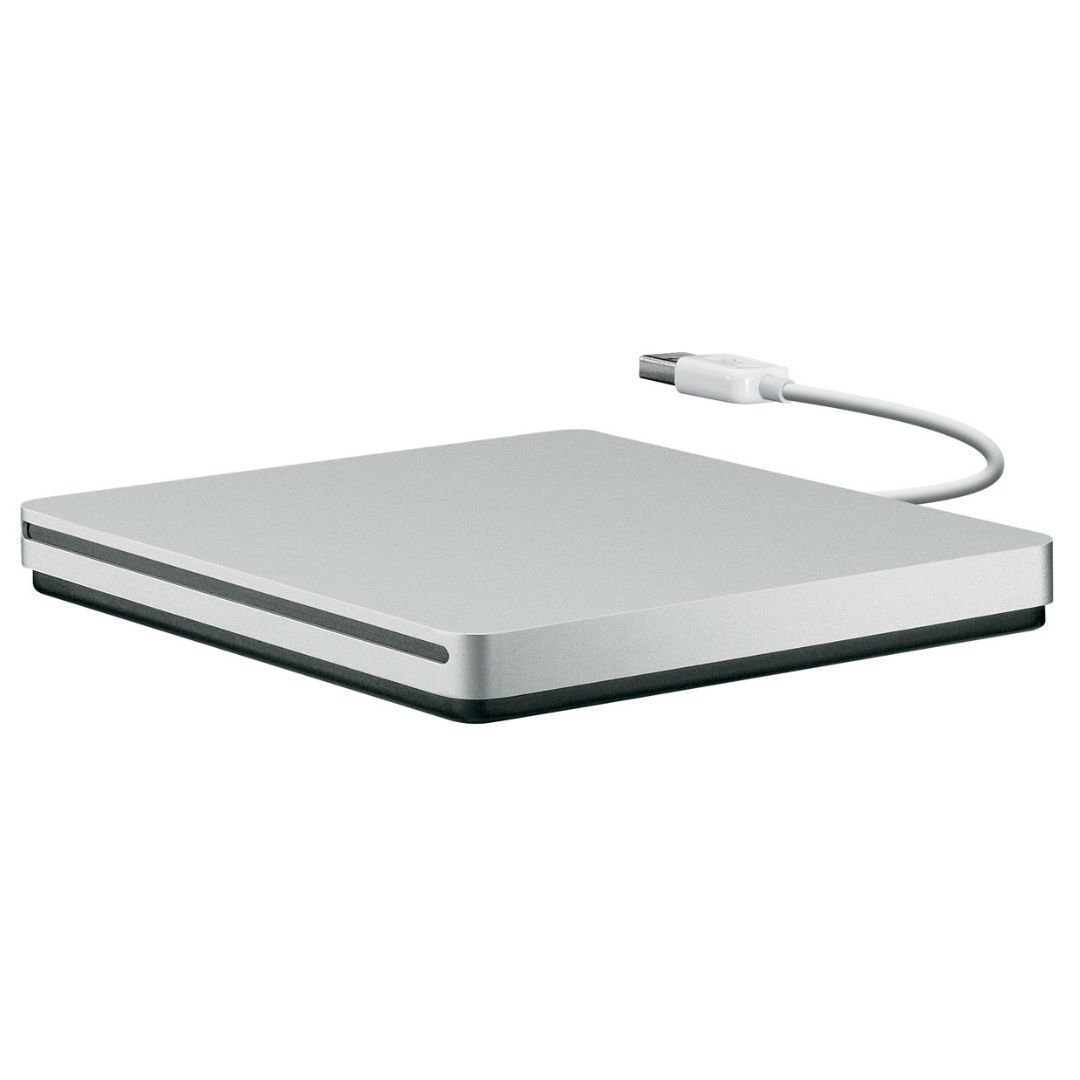 Apple produces a broad range of drives that are compatible with multiple types of computers, such as the iMac. These include Blu-ray drives, DVD players, and optical drives that work as CD burners as well as players. Understanding these CD, DVD, and Blu-ray disc drives, including the slim Apple USB SuperDrive, can help you know if they are right for your specific needs.

What writable disc formats are available?

Many Apple drives are writable, meaning that you can use them to produce DVD disc copies and even CDs. These are also known as a disc burners and are often integrated into iMac, MacBook Pro, and MacBook Air products. Just a few of the writable disc formats available include:

Are there multiple readable disc formats?

There are several Apple USB SuperDrive products available. These readable formats are often paired with burners to create a variety of discs for your iMac, MacBook Air, and MacBook Pro. The slim, portable optical drives and burners in most Apple computers include a Blu-ray drive or a DVD player that can read formats such as BD, LG, and SATA. Even slim Apple products have these types of readable drives and burners. Just a few that are available include:

What types of Apple discs and drives are available?

There are several options you can choose when buying Blu-rays, a burner for CDs, and optical drives for Apple. For example, you can get an external Apple SuperDrive, an internal desktop drive, and an internal laptop drive. The type you get depends on your needs. Many Apple Blu-ray and Blu-ray disc drives are external, allowing you to hook your Apple iMac, Apple MacBook, MacBook Pro, or other device up to a variety of different disc drives.

However, the interface for the Blu-ray and Blu-ray drive can also vary. These interfaces are used to hook the Blu-ray disc drive up to your computer. Just a few that you may find useful include:

Whether you are buying a Blu-ray player, a DVD player, or a burner for a Blu-ray disc, there are many LG, BD, SATA, and Slim choices available. Here are just a few of the available options that you can find:

What is the Apple USB SuperDrive?

The USB SuperDrive from Apple is a slim optical drive that can not only burn a Blu-ray disc, DVD, or CD but also allows you to play Blu-rays and other discs on your iMac or other device. The slim SuperDrive also installs a DVD software disc onto your machine, and the SuperDrive is compatible with a number of Apple products, including the iMac, MacBook Air, and MacBook Pro.